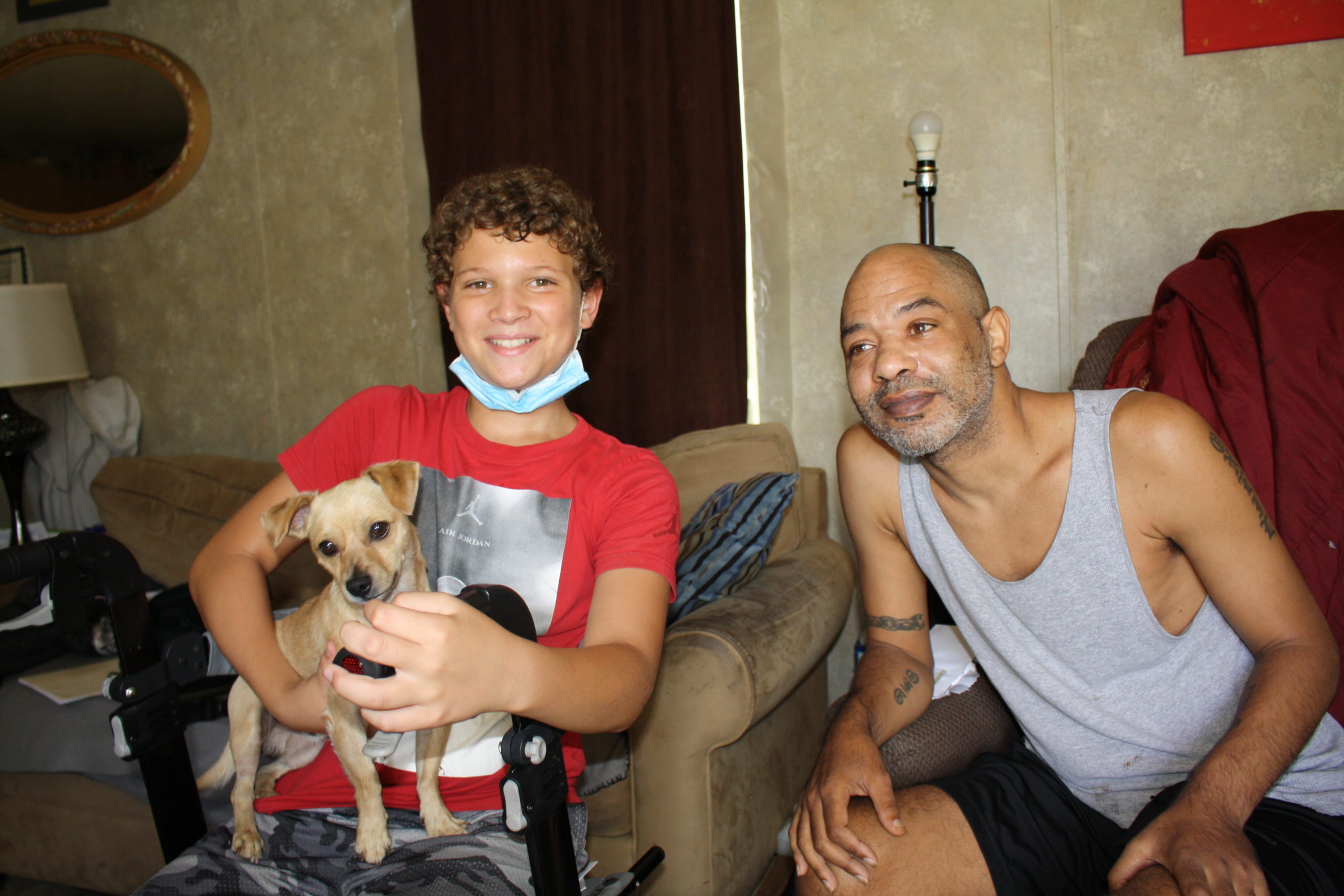 Chett (right) has worked his entire life, always providing for himself and his son, until he developed multiple sclerosis.

Chett can’t drive like he could earlier this year. His multiple sclerosis (MS) is progressing at a frightening rate, but he hasn’t seen his doctor in almost a year.

Chett could have been receiving medicine and treatment to slow the progression of this terrible disease… if only he didn’t live in North Carolina.

Soon after Chett was laid off from his warehouse job of 15 years, he began developing symptoms of MS. He worked at a pizza parlor, but it closed during the pandemic.

During this time his health worsened, making work physically impossible.

Chett was denied Medicaid despite his diagnosis, told by the state that he did not meet the North Carolina criteria for disability. In the 38 states that have expanded Medicaid, Chett would have gotten the treatment he needed, but not in NC.

Behind on his mortgage, unable to work, and in serious need of medical care, Chett came to Pisgah Legal.

Pisgah Legal Attorneys Shoshana Barton and Thomas Lodwick took Chett’s case and successfully appealed the Medicaid decision. But during the months that the appeal process took, Chett’s health continued to decline. Now Chett is unable to walk or stand without a walker.

Judi Schultze is a social worker at Pisgah Legal who works closely with Chett. Watching his decline has made her frustrated and angry. She says, “Chett applied for Medicaid after being diagnosed with MS, but because eligibility for NC Medicaid is based on a disability standard instead of income, he didn’t automatically qualify and he had to wait for an appeal. If he had gotten care sooner maybe he would still be working, driving, and able to shoot hoops with his son.”

“I worked most of my career in Massachusetts so seeing the amount of unnecessary suffering that is happening in NC is really difficult,” Judi says. “Medicaid eligibility there is based on income so signing people up is simple and everyone gets to see the doctors they need to see.”

Judi adds, “It’s heartbreaking to see how the lack of access to health care affects not only the individual but the whole family.”

North Carolina is one of only 12 states that has yet to expand access to Medicaid, despite significant federal incentives and the fact that it would allow more than 500,000 people to access care for chronic conditions, prevent illness and disease progression and help North Carolinians live healthier, more productive lives.

Chett says, “I don’t know what I would have done without Pisgah Legal.”

Find out more about the need for Medicaid Expansion here.