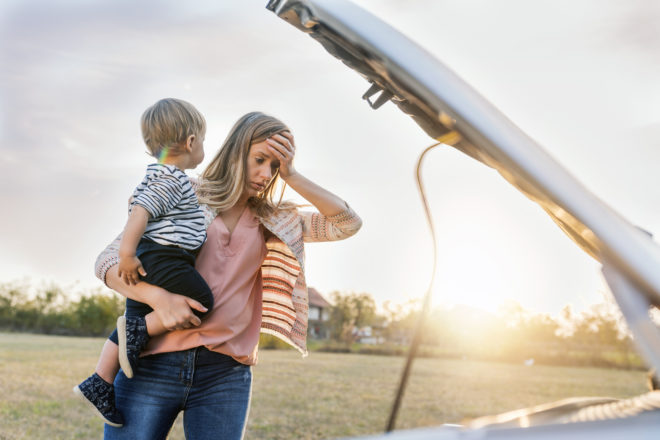 “About a year into the marriage he first put his hands on me. I’ll never forget it. I was four months pregnant at the time. But I made a promise to him, and to God, that I was going to stay with him until death do us part. So many nights I laid in bed, afraid to close my eyes. I can’t explain the toll that takes on a person’s life.”

“Over the years I left repeatedly, but he knew how to manipulate the system. He told me, ‘I’m going to take you down, one way or another.’ He owned guns, and I took that very seriously. He started hiding the keys and the batteries to the cars so I couldn’t leave. One night, after he fell asleep, I was able to get one of the keys.”

Weeks later, he unexpectedly left the house. Amy saw her chance to escape, for good this time.

“I had less than 10 minutes before he would get back home. I threw my clothes on as fast as I could and ran outside. In days leading up to this, I tried to figure out where the batteries were, and I went on YouTube to see how to put a car battery in and jumpstart it.”

Once she got the car running, Amy and her children raced to the courthouse. There, Amy met Olivia Williams, an attorney from Pisgah Legal Services.

“I was in tears, trembling,” she says.

Since that day, Amy has worked with Pisgah Legal to secure a protective order, custody of the children and now, a divorce.

Amy says, “Olivia was the first person who told me what I was living in is not my fault. I’ve never spoken to someone who helped me like that. She gave me so much hope.”