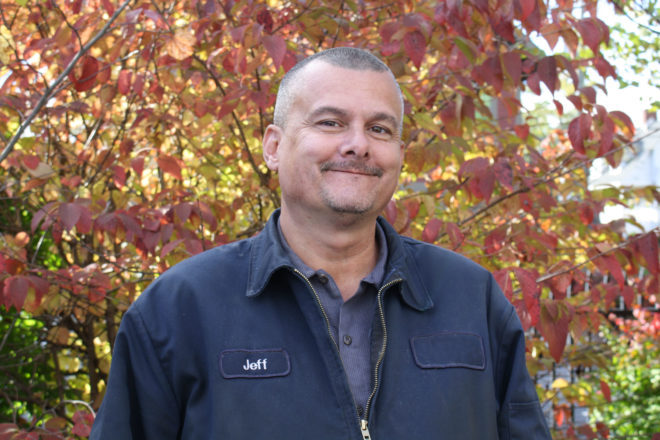 For two years, Jeff would gaze at the only photo he had of his son, the one he kept at his bedside table, the one of their first Christmas together.

Every night before he went to sleep he hoped and prayed to bring his boy home, but with so little money, and very little understanding of the legal system, the real question was how?

Jeff’s abusive ex-wife left him with a mountain of debt she had incurred, took their young son and moved to Florida with a man she would ultimately marry – a man who had recently been released from prison after being incarcerated for molesting a child.

Jeff says, “They told me, ‘If you don’t sign these papers, we’ll kill you. We’ll have you taken care of.’”

Jeff signed the papers, but didn’t understand what was really happening; he was signing away
custody.

When he realized what had happened, Jeff was in agony. He struggled to manage severe panic attacks with the knowledge that he had made a terrible mistake.

Jeff rallied and even met with a private attorney to see what could be done. It was clear that he didn’t have the resources for a long and difficult custody battle, so she referred him to Pisgah Legal Services (PLS).

When Jeff’s Pisgah Legal Attorney Jenna Walley and Social Worker Sandy Devoid began working with him, they discovered that not only could Jeff’s homeschooled 11-year-old son not read, neither could Jeff.

Jenna says, “When I first met Jeff, he was crippled with anxiety over the loss of his son and skipping meals to try to pay back the debt his ex wife had racked up. He has such a strong work ethic, and he had never been in debt before. So many people in his situation would have quit, but Jeff never gave up.”

A lot has happened since Jeff found Pisgah Legal more than two years ago. In 2021, Jenna secured a new primary custody agreement, bringing Jeff’s son back home to WNC where Jeff enrolled him in public school this past Fall. Now, Jeff’s son is thriving, making good grades, and is thrilled to be back home with his dad.

Jeff says, “He loves being around other kids at school. And his teachers love him. I can’t stop bragging on him!”

Money is still tight. “We live on $1,500 a month,” says Jeff, who has worked the same job for more than 20 years. “After bills I have about $300 a month to feed him, keep gas in the car, and the price of everything keeps going up.” Jeff has also learned about the Child Tax Credits through Pisgah Legal and will be taking advantage of the hundreds of dollars in much-needed income for their small family. Jeff says, “I didn’t know there were places like this to help you. If it wasn’t for Pisgah Legal, I don’t know where else I would have turned.”